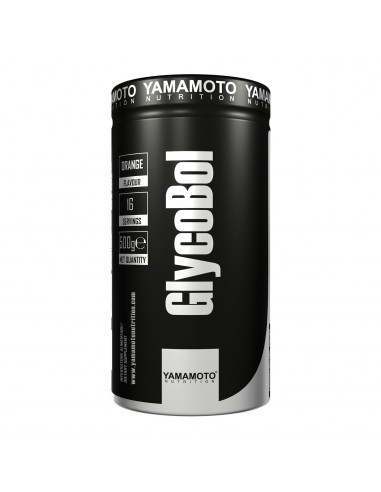 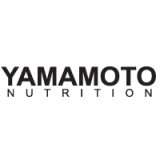 you can configure this block in iqithtmlbanners module. It is hooked in displayRightColumnProduct hook.

Yamamoto® Nutrition presents GlycoBol®. GlycoBol® is a food integrator indicated for athletes who have done intense and prolonged physical activity over time.
Yamamoto® Nutrition exclusively uses the original CLUSTER DEXTRIN ™ 100% Made in Japan.
Carbohydrates contribute to the recovery of normal muscle function (contraction) after intense and / or prolonged exercise, which also involves muscle fatigue the depletion of glycogen stores in the skeletal muscle.

This new class of carbohydrate-based supplements, defined as the “designer of glucose polymers”, highly branched cyclodextrins (HBCD) are a new evolution of the various carbohydrate-based products on the market.
HBCDs are a new type of glucose polymers that are made by the reaction between waxy corn starch and a particular enzyme, forming a ring structure.
The result is a polymer of glucose with ideal use properties: for example, an average molecular weight of 160,000 at very low osmolarity and therefore very rapid gastric emptying.
Over the past ten years or so, many discoveries have taken place, but have arisen from a myriad of specific “peri-training” integrators, and we are now in the era of oxide stimulating pre-training. nitric, which appeal as much for their pleasant effect, which accentuates muscle pumping, as (for those with a stimulating substance) on concentration.
But if we are talking about products of concrete utility that have found my absolute approval in recent years, which I would define more as "priority" in a context of integration for the athlete, it is surely the high molecular carbohydrates.
If I remember correctly, in 2002-2003 came out the "Vitargo", a carbohydrate of the articulated chain of glucose molecules, derived from the starch of potatoes, and directly under the less expensive parent "waxy corn" ( derived from corn).
These branched-structured glucose polymers have particular characteristics that have set aside the use of the “carbohydrate” par excellence, glucose, and will reinforce the concept and ever more sophisticated efficiency of the carbohydrate-based drink during the period. 'training.
But let's see what's behind it ... and what's on the horizon!

New Horizons
The new class of carbohydrate-based supplements, defined as 'designer polymer glucose', highly branched cyclodextrins (HBCD), are said to be a further evolution of the vitargo, waxy corn and karbolyn already present.
Currently, there are still very few (high quality) factories focused on this particular source, but the hype they generate is really interesting and motivated.
Myself, a few years ago, I was very curious to see in particular two of my mentors supporting cyclodextrins during training in all situations, from the growth phase to the pre-competition.
They then followed a few big brands, which, in the United States market where they have been marketed for a long time, have achieved remarkable success for their characteristics of speed and efficiency of absorption and use, without any haze or gastrointestinal dehydration problem, also opening the way for people who cannot tolerate other types of carbohydrates.

Why use carbohydrates in training?
Let's go back to clarify properly.
So why use liquid carbohydrates during the training session?
The inventor of this theory in the world of body building was Milos Sarcev, who essentially supported the theory of a drink made from carbohydrates, isolates, various amino acids, plus a series of other elements, which had to be taken. during training; when muscle hyperemia was physiologically much higher than initial levels, the pump and surge of insulin promoted the flow of elements to working muscles in demand for oxygenated blood and nutrients.
Since the old theory of Sarcev, various factors have been optimized (and the basic bases confirmed), to arrive to optimize the components of the drink, so that the absorption times and even the effectiveness are noticeably improved, with the effects typical disorders of glucose (especially in large quantities and / or slightly diluted) practically canceled, or almost.
And that's how we got there.
Glucose polymers, combined with a protein-amino acid portion, will allow rapid gastric evacuation and even faster intestinal absorption of glucose, which will pass rapidly into the blood stream.
In addition, we will have a powerful combination of fighting against the catabolism generated in training, thanks to their unique characteristic of low osmolarity, very good support for cellular hydration (the hydrated cell is an anabolic cell) and not causing dehydration. by expelling fluids from the stomach and intestines, with significant effects on recovery and adaptation.

Glucose versus high molecular weight carbohydrates
Some objections might still say "but is this type of carbohydrate so important, or much better than old glucose / dextrose?" "
Before clarifying, it is necessary to explain the concept of "osmolarity", as we will often refer to it for its fundamental importance.
Osmolarity is a unit of measurement widely used in chemistry when we refer to the concentration of solutions, and indicates the the total number of molecules and ions present in one liter of a solution.
For this, the osmolarity of a solution increases when the number of particles it contains is increased, and if a glucose-based drink has a much higher osmolarity than its equivalent based on glucose polymers such as for example Vitargo, we will then obtain a faster gastric emptying rate for the latter than for the glucose, which will remain more liquid in the stomach and in the intestinal canal with as a consequence a delay in emptying, in absorption, with dehydration. evident during performance and / or gastrointestinal disturbances (diarrhea).
This characteristic is part of the reason why high molecular weight carbohydrates are able to fill glycogen stores faster than other carbohydrates.
But not only, we will find the characteristic of "speed" also as the most powerful glycemic and insulin response in favor of glycogen synthesis.
"Not bad at all" ... and if we then think that the later born waxy maize (amylopectin), which, being a highly branched polymer of glucose, clearly has a high molecular mass and low osmolarity, we not only find that 'it leaves the stomach rapidly, but also ensures a slow and gradual diffusion of glucose into the blood, which can also be used by resistance sports.
Another flaw that we find in glucose-based drinks is the risk of unpleasant reactive hypoglycemia during exercise, if blood sugar is not well managed with the constant absorption of the drink.

Higly branched cyclic dextrins the new generation
The current state of the art of carbohydrate drink supplementation featured waxy corn amylopectin as the last generation, where we found a highly branched, high molecular weight molecule, which as we have already seen said, had a very low osmolarity, and the added feature of being able to sustain performance over the long term.
Let's call it “the ad hoc carbohydrate”!
From these strengths were developed the high degree of branching cyclodextrins (HBCD).
A few years ago they were included in the nutritional programs of some of my mentors across the Atlantic, which greatly aroused my curiosity, and I began to search the scientific literature for their particular characteristics and how cyclodextrin could have "food" utility. Some companies in the industry followed suit, formulating products that are still the elite of carbohydrate supplementation today.

The benefits of cyclodextrins
In particular, there are two notable advantages in using these high molecular weight glucose polymers as an intra-workout supplement:

First of all, we have a rapid but steady release of glucose into the blood.
How quickly it gets to "destination" is determined not only by molecular weight, but also by molecular structure which determines how enzymes can hydrolyze in the gut such a branched polymer of glucose in free form.
The second advantage of using a glucose polymer with such a high molecular weight is the very low osmolarity in solution.
Let us come to practice.
Many of us mix in liquid carbohydrates (rightly so) hydrolyzed protein, BCAAs, groups of essential amino acids, creatine, etc., and the last desirable thing is to delay the absorption of these proteins as well. fast ', amino acids or other added nutrients that could occur using high osmolarity carbohydrates, which, as said before, would slow down the gastric emptying of carbohydrates like other nutrients that benefit the carrier of the mixture, and then arrive at l intestine, retaining liquids, negatively influencing performance and also muscle pumping, with the risk of generating gastrointestinal disturbances.

Conclusion
In view of this, I believe that these glucose polymers can find more and more room and confirmations for their use, to the point of being a real instrument available to encourage the recovery of the athlete, with less limitations. and without the troubles of the old simple carbohydrate drink like the dear old glucose.

THE BOARD OF KDC Switzerland:

How to use: dissolve 3 scoops (30 g) in 250 ml of water and take once a day, within the first 4 hours and no later than 6 hours after intense and prolonged exercise. The product can also be taken before or during physical activity.

WARNINGS: do not exceed the recommended daily dose. Keep out of the reach of children under three years old. Food supplements should not be used as a substitute for a varied diet. A varied and balanced diet and a healthy lifestyle are important. Store in a cool, dry place at room temperature. 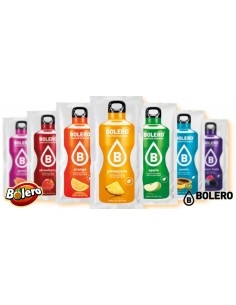 BOLERO001
CHF0.59
Powder for powder for flavored beverage without sugar Free from sugar, gluten, aspartame For good hydration without sugar and 100% pleasure
Tap to zoom
You need to login or create account

Save products on your wishlist to buy them later or share with your friends.